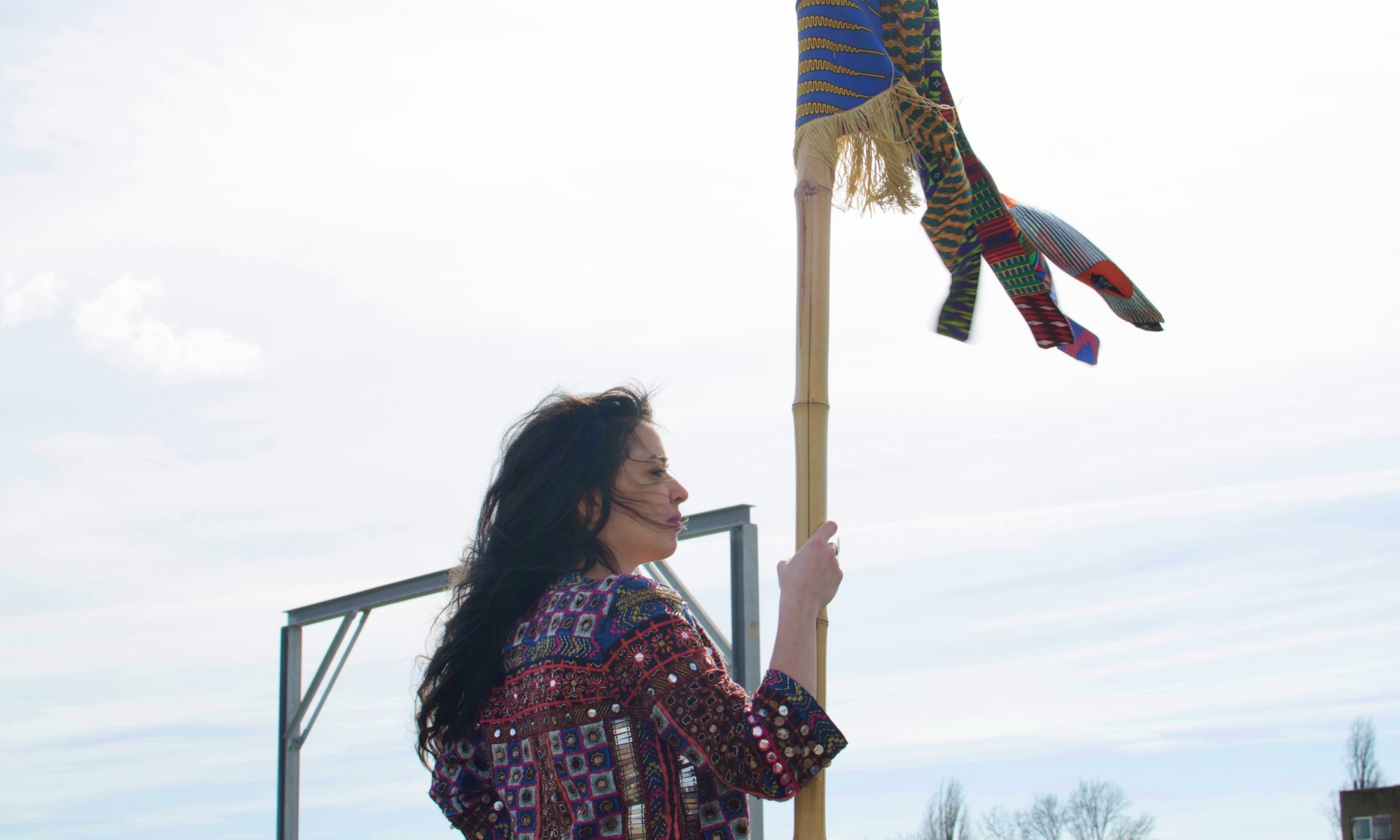 Cristina Morales is cultural activist – a transdisciplinary cultural practitioner working internationally as a critical researcher, writer, curator / producer, speaker, educator and artist at the intersection of art and politics for self and social development. Her practice is rooted in a decolonial and hence holistic approach to activism that understands healing, health, and the expansion of both personal and community development as a necessarily interdependent exercise on a physical, mental, emotional, spiritual, social and natural level. A singular cultural strategist linking decolonial theory and the full spectrum of human sciences with social practice art.

Cristina is currently freelancing as project manager for Disability Arts Online (UK). She is the founding curator of Counterspace, and the founding artist of Totem Taboo (International). And she is a freelance writer on decoloniality, cultural activism, and African / African diaspora arts & culture, published by international media such as the Institute of Contemporary Arts (London); El Mundo (Madrid); Humanities, Arts & Society (Paris); A Beautiful Resistance (Seattle); Inhabit (Global); Ouvrage (Montreal); and Radio Africa (Barcelona).

Growing up navigating intergenerational trauma as a first post-Franco’s-fascist-dictatorship generation (preceded by the Spanish Civil War), and interested in deepening her knowledge of human beings, she studied a Bachelor of Sociocultural Anthropology at the University of Barcelona. It was then when, alongside the conditioning of her intersectional social oppression, and her experience with psychoanalysis, she started to develop her personal and political consciousness. Driven by an INFJ-A personality type labelled as ‘idealist’ by Jung / Briggs Myers,  her boundless curiosity also had a passion for art as our human expressive language par excellence, and as our best asset to question, imagine, create and inhabit meaning and other realities. At a time when there weren’t any social practice art degrees in Spain, she studied a Master of Cultural Production from the Open University of Catalonia, migrating to the Afro-Caribbean neighbourhood of Brixton, in London, after finishing her academic studies.

Throughout her career Cristina has challenged neocolonial / neoliberal products such as the art market, gentrification, and the anthropocene (as well as their hegemonic and intertwined social constructs such as nation, race, class, gender, sexuality, faith and disability), curating and creating political and participatory arts, designing decolonial toolkits, and organising global networks. The transdisciplinary and intersectional scope of her practice have in the past led her to work with a range of international freelance projects as well as private, public and non-profit organisations, covered by media such as The Guardian, BBC News, Essence and True Africa. Projects and organisations using arts & culture as an agency tool to challenge society on identity, decoloniality and community development such as HostelArt, Ribermusica, and Interarts in Barcelona or Black Cultural Archives, Peckham Platform, Mahogany Carnival Arts and Haringey Arts in London to mention a few. Clients and collaborations include Extinction Rebellion (London), Africa Utopia (London), Notting Hill Carnival (London), Fashion Revolution (Oslo), Plurality University Network (Paris), Antiuniversity Now (London), Social Art Network (UK), Labo Ethnik (Paris), ABK University of Art & Design (Stuttgart), Klimafestivalen (Oslo), Primary (Nottingham), Brighton Pride (Brighton), Utopian Studies Society (Global), Afropunk (Paris), and Center for Artistic Activism (New York) among many others.

Cristina is quadrilingual and has lived with, enjoys travelling to, and is forever learning from, different world cultures. Beyond her interest in human / natural sciences and arts at large and her passion for Africa / African diaspora arts & culture, her core motivation is a profound awe for life in all its diversity, and expansive consciousness as a determinant of experience in its full potential. A myriad of life-supporting fields with a common denominator: they are holistically looking at the powerful mystery of both ourselves and the tapestry of our world, at our creativity and liberating practices, and our ability to live becoming.

This site and work are a polymathic counter-archive of visionary resources and experiences shaping alternative imaginaries and social poetics in the building of other presents and futures.